About The Rush Companies

Proud Member Of Our PNW Community For Over 30 Years

Building an Exceptional Future, Together.

THE RUSH Companies Meet Our Team

Since 1987, we have built structures and relationships that last, thanks to a commitment to teamwork and exceeding expectations at every turn.

It all started in 1987.... Gordon got his start at 19 as a commercial salmon fisherman in Bristol Bay, Alaska. Using the money he earned from his work as a commercial fisherman, Gordon and Traci built their first home in Tacoma’s North End in the winter of 1985. Rush built it's first for-sale speculative home in 1987, and hired its first superintendent, Ray Wolanzyk, in 1989. Ray was and still is an integral part of the Rush Team today.

In 1995, Rush won a national Custom Home Award from Builder Magazine for a Model home in a 30 home community. In 1996 Rush expanded into medical partnership buildings, which began after Rush built a custom home for a local Endodontist and went on to build the doctor’s new office building. Rush’s ability to diversify and capitalize on new market sled us to grow tremendously.

In 2007, Matt Smith rejoined the company. Matt’s first worked for The Rush Companies in 1992 as a field technician while still in high school (Matt also spent summers as a deckhand on Gordon’s fishing boat in Alaska). When Matt returned 15 years later, Rush had over 80 employees and had expanded its commercial division significantly. Matt brought focus and energy to Rush, quickly taking on key leadership roles, and became the President in 2010.

In 2009 Rush moved into the multi-family market with the acquisition of the 270-unit Treetops homes in Silverdale. In 2010, Rush built our first large-scale multi-family unit, The Pacifica near the Tacoma Mall. To suit the changing market, in 2012 Rush Residential made the transition from custom homes to speculative and production houses. In 2015, Rush completed Proctor Station, a stunning mixed-use project with impressive amenities in Tacoma.

Building an Exceptional Future, TOGETHER. 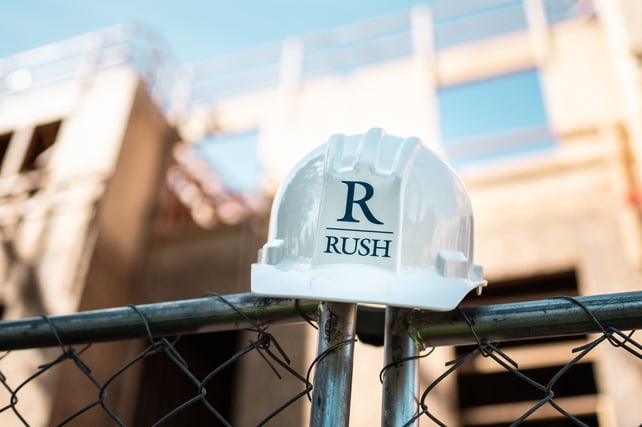 At Rush, the road to the future – creating communities in the Pacific Northwest where people love to live and work – relies on strong relationships built on trust. We strive to continually strengthen this trust within our team, suppliers, investors, customers, and project partners.

What does it mean to be Building an Exceptional Future, Together?  Every day, members of the Rush team do incredible things to grow a company and communities that we are proud of.  We rely on our full Team to make this happen, and all share the goal is to be exceptional in every aspect of our business.

It is this team oriented success that enables us to dedicate hundreds of thousands of dollars and volunteer hours towards our philanthropic efforts in our Greater Pacific Northwest community.

Unlike Any Other Firm

There are few in North America who have internal resources to help support each other.

As Rush has grown, we have strategically formed additional Companies to support and benefit the others. This is the basis for our Rush Wheel: 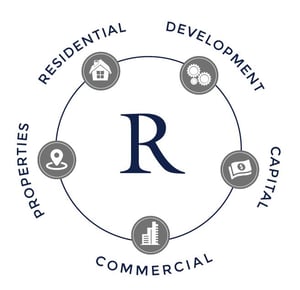 Giving Back Through Rush Gives

Rush is honored to serve its community through its corporate Philanthropy efforts as well as its employee driven "Rush Gives" program. Rush was honored with the Puget Sound Business Journal's "Corporate Champion: Neighborhoods & Communities" philanthropy award in 2019. Which is a humbling reminder of our vision to "Building an Exceptional Future, TOGETHER."