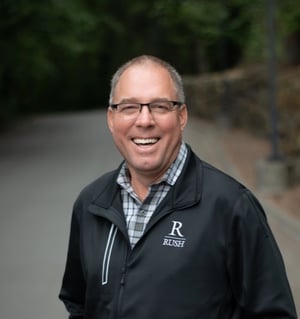 "Gordon Rush was building houses in Gig Harbor before the town had so much as a McDonald’s. Thirty-five years later, the CEO and founder of the Rush Cos. oversees a company with projects in all aspects of commercial and residential construction.

Rush launched his company, as many do, out of necessity. He was working as a commercial fisherman when he and his wife, Traci, needed a place to live. So he built a house. Then he built another one, and another, and he just kept going."

Each and every one of us knows someone - a parent, a child, a friend, a colleague - who has suffered from cancer. Thankfully, more and more people...
Read More
The Rush Companies

This year we’re celebrating 35 years of Rush! As Founder Gordon Rush will happily tell you, it’s the customers and the team members who have made...
Read More